Learning is not compulsory... neither is survival. 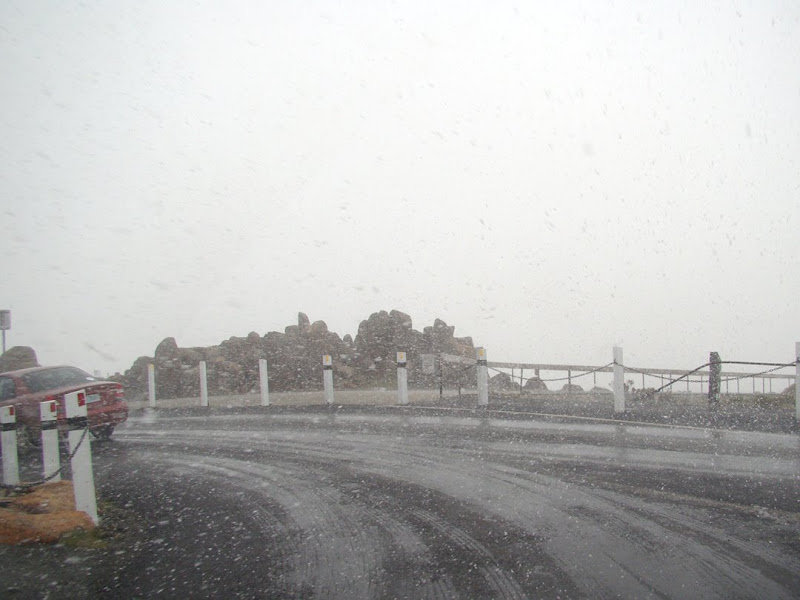 ...Now bear in mind that we began out ascent of the great behemoth at 10:43. We reached the summit at 10:59. The snow started to fall at 11.10. Our decision to abort the mission and leave in the face of gale force winds and increasing snowfall (as evidenced in the top photograph), was taken at 11:23.

It was at this point that Henry turned to me and said - in a French accent, oddly - "Daddy, Henry a bit cold".

So we headed back.

Here is the view from Henry's window as we endeavoured to manoeuvre our way out of the pickle we found ourselves in. Even the normally stoic Elmo was a little perturbed by the tempest that had arisen around us. 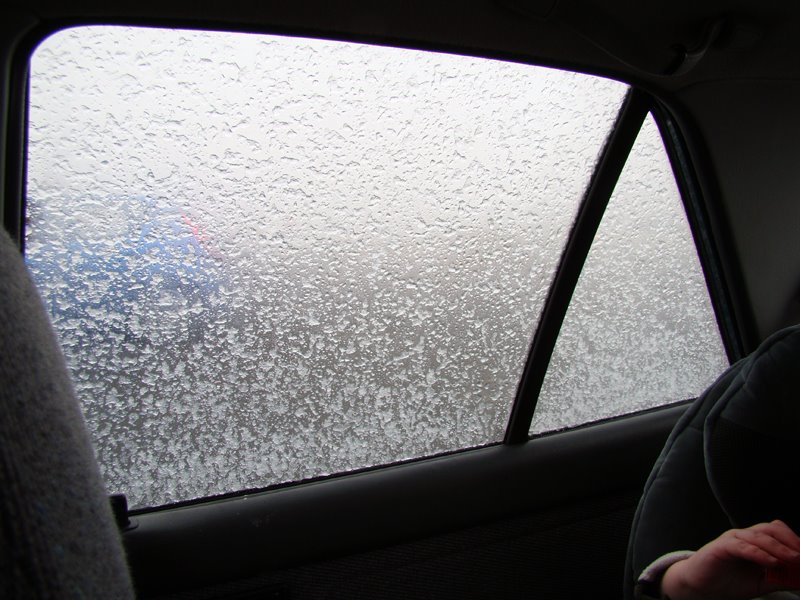 I will not lie to you, there were tears. A quick slap in the face from Henry calmed me down however, and we made our way gingerly back down to civilisation (via the bakery). To emphasise the shifts in weather, the photograph below was taken at 11:41, just eighteen minutes after the one at the top of the post. Finalmente!

Having learned our lesson, we begged her forgiveness. In her mighty majestic manner, she gave it freely. 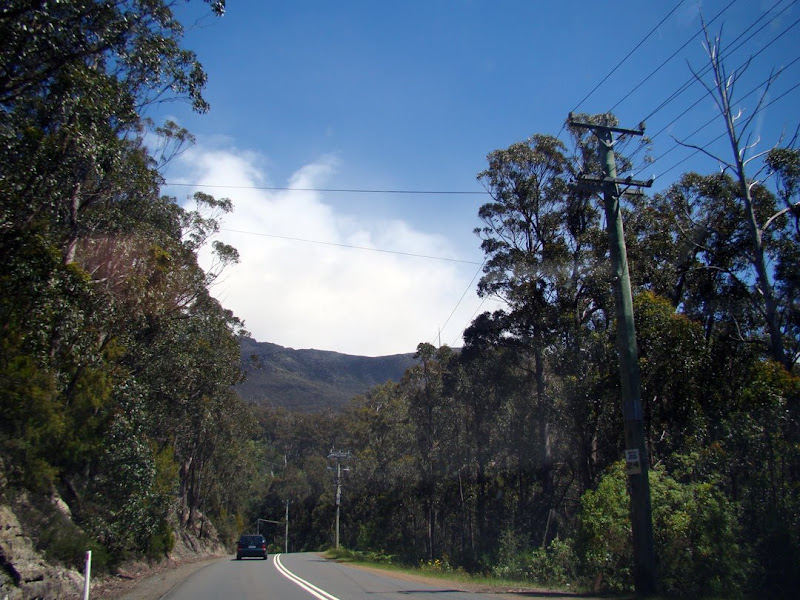 On the way back, we sat in silence and considered our near brush with DEATH.

That's not quite true actually, we had Justine Clark's I like to sing on the car stereo, and I've not had a moment without the bugger circling my brain since.

But that, as they say, is another story.

yournotalone said…
What the hell happened there?

I thought a New Year happens in the midst of a proper summer over there.

MurciaDailyPhoto said…
What a great story, and what I have gone cold while I'm reading.
That all your wishes come true this year.
2 January 2009 at 23:28

USelaine said…
It's like you found a little teleportation platform to the mountains of California! Henry's fortitude is much to be admired.
3 January 2009 at 17:56

Kitty said…
my goodness.
I didn't know it ever snowed on your end of the planet?!

Kris McCracken said…
Aigars, we are too close to Antarctica for it to not have some influence!

MDP, I have a lot of wishes!

Kris McCracken said…
Destitute Rebel, good to see you back!

USelaine, he did grizzle in the mizzle.

Kitty, I have written one children’s book and countless adult ones (in my head).

Kris McCracken said…
Tash, 1271 meters. Or 4170 feet. There is a road and walk paths up it. People ride their bikes up their too.

July 10, 2008
Just a quick one this evening, I'm so tired I could eat a horse (that's how tired I am!) Here is a picture taken on my way home from one of my favourite shops in town Spice World . As a fan of all manner of cuisine, this is one of the best places to go to find ingredients from all over the world. As a particular fan of Hungarian food, I always like to browse the wide range of paprika available here. As always, I am on the lookout for tasty recipes for Henry and I to try from all over the world, so if anyone cares to help us out, links in the comments page would be much appreciated. Over and out!
7 comments
Read more

“We soon found ourselves becalmed, the Steadfast languishing on glassy seas. When a breath of wind at last appeared, our progress was slowed again, this time by a massing of strange organisms. For days we laboured through the milky soup of a jellyfish bloom – millions of alien blobs crowding the water like malignant cells, their tentacles strung with debris, dragging at the hull.”

July 02, 2021
Beach wandering, Moorina Bay, Bruny Island. June 2021. The Trespassers  by Meg Mundell An entertaining little thriller set in a future in which climate change, an energy crisis, and a global pandemic throw the world askew. Mundell has used this conceit to explore notions of emigration, xenophobia, corporate greed, political cowardice and capitalism run rampant. The narrative unwinds through three distinctive voices: a formidable (but bruised) Glaswegian nurse-turned nightclub singer; the reserved English schoolteacher from a family fallen from wealth; and a deaf nine-year-old Irish lad cut adrift with just his mother by his side. I can't say that each character thoroughly convinced me, but the occasional jarring of inauthenticity did not hinder the story from moving along briskly. More jolting was a considerable shift from a claustrophobic murder mystery novel set at sea to a more nebulous political thriller. As I said, I liked it well enough, and I am always keen to read a sharp c
Post a Comment
Read more