“You know, that might be the answer – to act boastfully about something we ought to be ashamed of. That’s a trick that never seems to fail.” 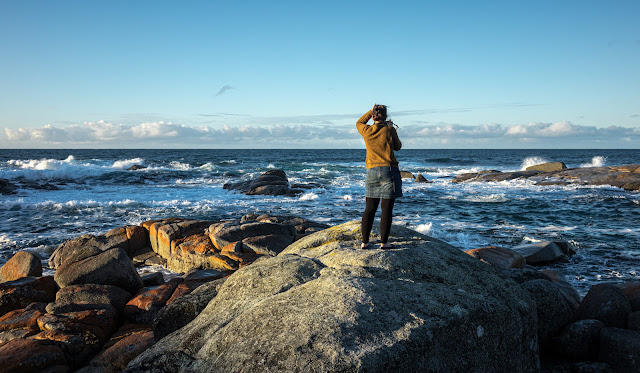 Catch-22 by Joseph HellerCatch-22 is one of the rare books that I have returned to and re-read several times throughout my life. The first time was as a young and impressionable 17-year-old, and I delighted in the confidence Heller displayed in flourishing his love of language and deployment of marvellous words. After reading the novel, I am sure that I was willing to open up and use the full vocabulary available to me under the English language (and a few others to boot). It was darkly funny, and I took delight in the absurd wordplay and ingenious structure.The second time I read it, I was in my mid-20s and neck-deep working in a large, bureaucratic institution (a university). The complexities and absurdities that didn't strike me during my first read suddenly had more resonance. I came to appreciate the author's skill and cunning in replaying the same incidents repeatedly and the art beneath the nonsense. It struck me as a more sombre book, and the idiocy of events seemed more clownish than before.The third time around, I'm in my thirties and have a couple of babies about the house. That might explain why I can't quite recall much about it because I was likely so very, very tired. Still, the violence - particularly the casual and sexual nature to it - hit harder, and I think that I finally could connect the flippancy around rape with the ever-present nearness of death. The fear was more palpable than earlier readings.This time around, I am wearied by nearly a decade in a bureaucracy even larger than a university (a state government). I'm also the father of a couple of teenage boys. I still love the book, perhaps even more than before. I am likely more attuned to some of the details than earlier and am a little less inclined towards that ornamentation of language than previously. I have a decade more of reading that I'd like to think has sharpened my tastes. Overwhelming though, the laughs aside, it strikes me as a far more melancholic novel than it did in my youth.Despite everything that happens, the existential anguish of Yossarian's plight had not struck me with the force it did this time around. I feel the agony of the chaplain, the torment of poor old Major Major Major Major and Chief White Halfoat's sorrow affected me far deeper than previous readings.Similarly, the innate heroism of Orr stands out in a way that I'd not noticed before. From this vantage point, Doc Daneeka becomes a far darker figure and Cathcart and Corn have faces to them now quite different to I'd experienced prior to my time in Weber's stahlhartes Gehäuse.Then we have Snowden. Poor Snowden. Snowden was always tragic, but this time around the death of Snowden hit in a profoundly different way that helps me understand Yossarian's dread in a far more intense way than before. Clevinger remains Clevinger, but by golly, this time around, I finally started to feel sorry for the poor bastard!All up. I love this book. I don't do "favourites" but if you're holding a gun to my head this is on the shortlist in the rolladex in my head. It is such a funny, dark, mournful, bitter, bleak, optimistic, tender, jagged work in ways so original that it defies easy categorisation.I can't wait to read it again in my fifties.⭐ ⭐ ⭐ ⭐ ⭐ ⭐ (Six stars you say? That's because of the catch. You know which catch.)

July 10, 2008
Just a quick one this evening, I'm so tired I could eat a horse (that's how tired I am!) Here is a picture taken on my way home from one of my favourite shops in town Spice World . As a fan of all manner of cuisine, this is one of the best places to go to find ingredients from all over the world. As a particular fan of Hungarian food, I always like to browse the wide range of paprika available here. As always, I am on the lookout for tasty recipes for Henry and I to try from all over the world, so if anyone cares to help us out, links in the comments page would be much appreciated. Over and out!
7 comments
Read more